Great to be here!! 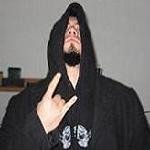 By cryptomancer,
August 8, 2005 in Introductions